Wondering where in the Harvey Region you’ll find the best place to explore nature, find great produce, colourful histories or which of our towns and villages is best to hit for a good wine tasting session? Look no further, we’ve got it all covered here.

Only 90-minute from Perth and 90-minutes from Margaret River, the Harvey Region spans 1,766 km² with more than 42 kilometres of pristine Indian Ocean coastline. Head inland for our fertile coastal plains and hinterland before climbing our stunning hill and forest country along the Darling Scarp.

Discover the unique character of the Harvey Region’s towns and villages, each with its own distinct landscapes, flavours and colourful histories. 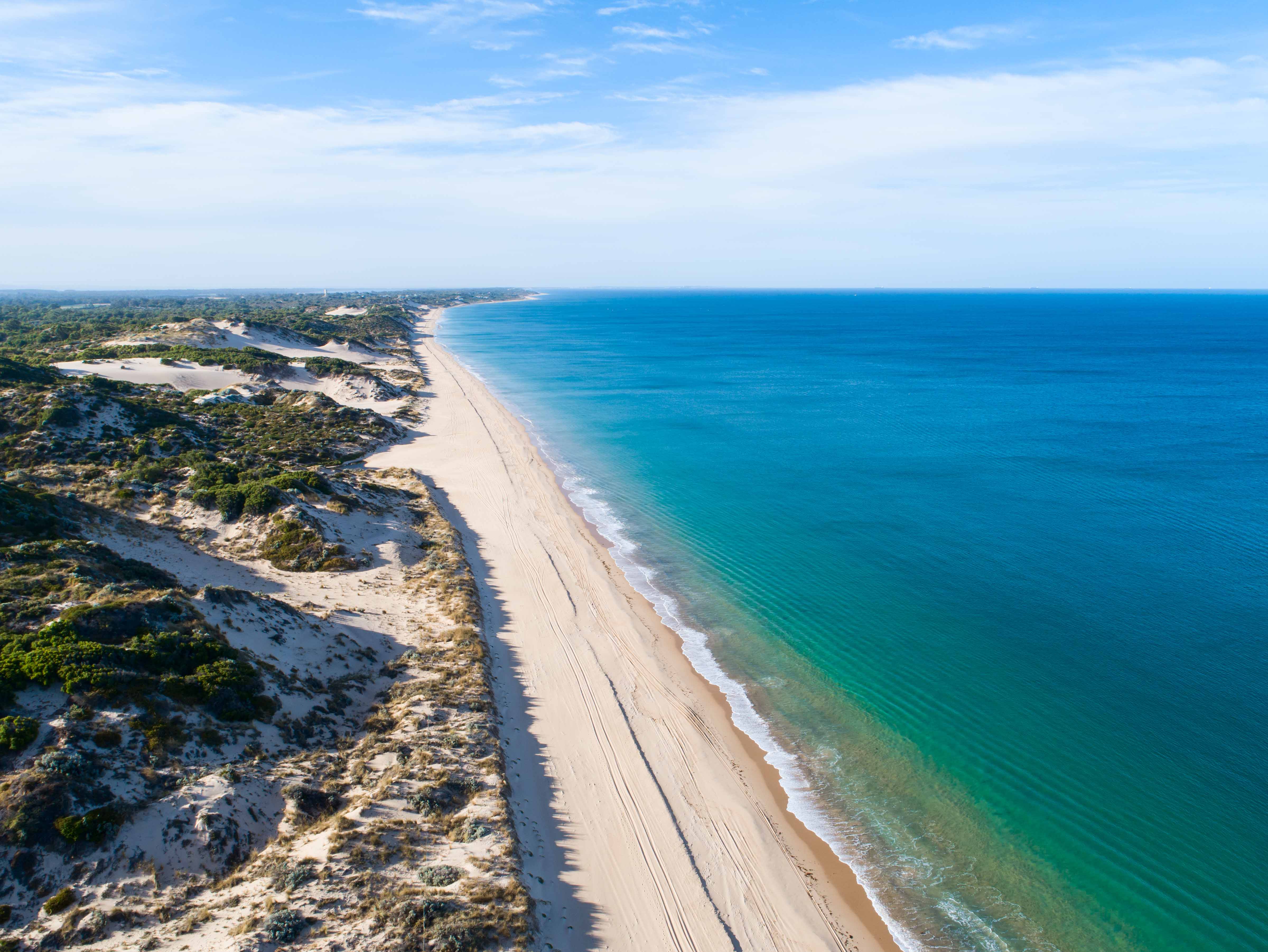 Toe-dippers, anglers and skippers find themselves in Australind.  One of Australia’s fastest growing regional locations, Australind is virtually surrounded by water. With 14 kms of Estuary at its door, the Collie and Brunswick Rivers running through it, and untouched beaches only minutes away, there’s no better place than Australind for water lovers.

Established in 1840 and steeped in history, Australind is one of the earliest Western Australian settlements. The name is a combination of Australia and India, chosen to the belief the land couple be used for breeding houses for the British Indian Army. Prior to European settlement, the area was and remains the home of the Wardandi people.

Australind adjoins Eaton, Bunbury and Dalyellup to form the Greater Bunbury area, and is the place to head for cafes, a shopping spree and one of Australia’s largest pubs.

This seaside town is most at home in relaxed mode. Binningup is a carefree destination of decades ago. Children can explore their heart’s content, and low-key adventures and heartfelt hospitality combine to make it a holiday many repeat, year after year.

Stroll and loll, and greet anglers as they pull in a catch – a reef runs parallel to the shore offering great fishing in particular from December to April. When the swell is NorthWest or Westly, surfers should head to the colloquial known Weddies.

Even in summer, you’ll often have the beach to yourself. And, in many places, you can drive along the beach too!

Home to an internationally recognised RAMSAR wetland, Myalup is perfect for eco-lovers.

The small seaside town is nestled between the endless beaches of the Indian Ocean and the Yalgorup National Park, including Lake Preston and Lake Josephine. Take a stroll along the shorelines to bird watch and soak in nature. In winter, Lake Josephine puts on a stunning display of pink when the Red Samphire is in bloom.

As you head east, you will find some of WA’s largest vegetable growers.

Our Hinterland and Hills 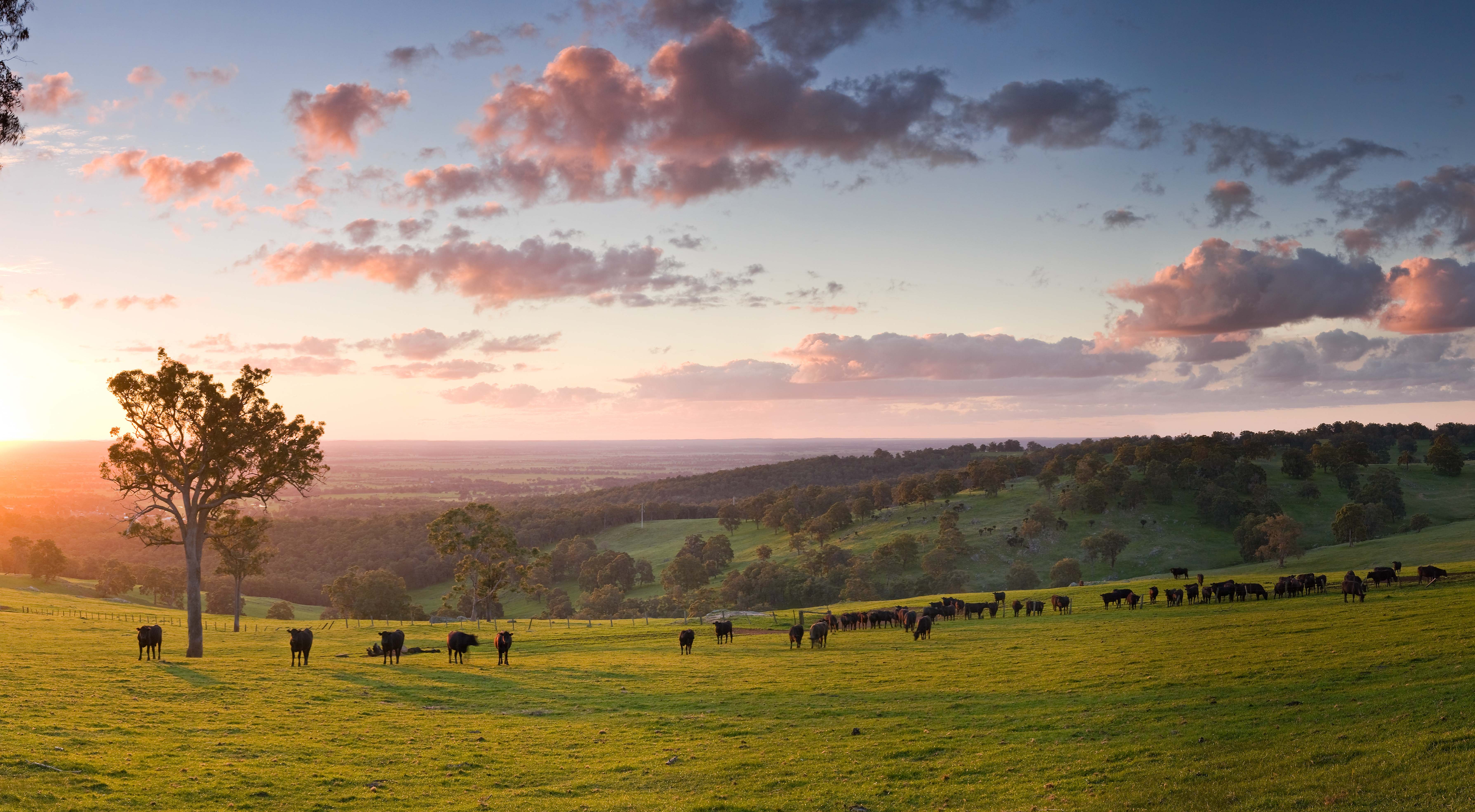 As you enter the Harvey Region from the north, you will find Yarloop. Rebuilding after the devastating fires of 2016, Yarloop is National Trust Heritage town. Australia’s most significant private timber mill town, in the day Yarloop produced jarrah blocks for London streets.  Wander the Yarloop Heritage Trail and soak up the history.

Travel along the inland roads to the hamlet of Cookernup. Adventure abounds to the east at Logue Brook Dam. Its insta-worthy blue waters are a favourite with water skiers, paddlers and swimmers. MTB enthusiasts should hit the nearby famous Munda Biddi Trail for a Jarrah forest riding experience.

Surrounded by fertile, irrigated plains on the banks of the Harvey River, Harvey is one of Australia’s prime producing regions with a rich Italian heritage. During World War II about 1000 Italian men, including Australian-born and naturalised Italians, were detained as enemy aliens in the State’s first purpose-built internment camp. Many stayed on after the war, and their Italian influence still lingers.

Paddocks are filled with orange trees, dairy cows and vines, with the occasional charmingly dilapidated barn, a white fenced equestrian stud, or an impressive heritage property that would be equally at home in an Australian Country Style magazine.

Many of the big guys in food are based here – from Harvey Beef to Harvey Fresh and Harvey Cheese; the list is impressive.

As you head east, the region changes from farming land to ruggedly beautiful Jarrah forest and waterways, including Harvey Dam, for the outdoor-fanatics to explore. High in the hills of the Darling Scarp, the views over the coastal plain are spectacular.

Just south of Harvey, you’ll find the small agricultural town of Wokalup. Home to the Wokalup Tavern (known by locals as “The Woky”), this is the place to stop for great pub food and even better community spirit!

A small little hamlet on South western Highway, Benger is located between the eco-sanctuary of Benger Swamp, and the rolling hills of Mornington and the Harris State Forest.

Colloquially known as the “Cream of the South West”, Brunswick is a little cow-mad. This is the heart of dairying country.

Brunswick is bursting with history, home to some of WA’s most significant heritage rural properties, including Alverstoke (1842), White Rocks (1887), View Bank (1860s) and Melville Park (1849).

A small township now nestles in the hills of the Darling Scarp.

To the south, along the picturesque Seven Hills Road, you will find Roelands Village. The property was originally a farm used also as a Mission to house children removed from families from across Western Australia.  It is now operated by the Woolkabunning Kiaka Aboriginal Corporation and, amongst other things, produces fabulous honey and bush food.