The name Australind was coined by its founders, the Western Australian Company, from a contraction of Australia and India. The Australind Heritage Trail passes by historically important cottages, parks, cemeteries and churches, including the St Nicholas Church, believed to be Australia's smallest place of worship.

The following sights can be visited along the trail.

1. Henton Cottage - Paris Road (originally 'The Prince of Wales Hotel')
Opposite St Nicholas Church is of historic interest. Built in 1841 by William Dacres Williams as the "Prince of Wales Hotel". Its Original two rooms came from England as a prefabricated building. Heritage Roses that add to its appeal surround the gardens. Henton Cottage now houses arts, crafts, collectables and visitor information.

3. Upton House - Upton Place
Built in 1844/5 for Mrs Elizabeth Fry, Upton House is a rare example of an 1840s house in Western Australia demonstrating a sophisticated use of Georgian symmetry and simplicity. The original building bricks are believed to have been cargo or ballast on the "Trusty" during her second voyage to Australind in 1844.
Please note: Private residence (not open to the public).

4. First Settler Landing Stone Memorial Seat - Old Coast Road
Situated 800 metres north of Henton Cottage on Old Coast Road, the stone memorial seat is located on the site of the landing of the first settlers in 1840. A plaque showing the original town plan and memorial to early pioneers and ships.

In 1803 Lieutenant de Freycinet, onboard the ‘Casurina’, sighted a rocky point which was part of what is known now as Koombana Bay. On entering the Bay he discovered an inlet which he named ‘Leschenault’ after the expedition's botanist.

The area was mapped in 1831 by John Septimus Roe and explored by land by Lieutenant Henry Bunbury in 1836.

A detailed plan of the town included a town square, church, a school, stores, a mill and a public hall. Marshall Clifton, who arrived on Parkfield in 1841, was appointed leader of the 440 settlers of the Western Australian Land Company.

6. Cathedral Avenue - Scenic Drive 3.4 km
Cathedral Avenue is a historic 3.4 km scenic drive along the Leschenault Estuary and forms part of the original Old Coast Road from Mandurah to Bunbury. Although the road has been altered in parts, the paperbark trees can still be admired arching over the road in a cathedral like manner.

7. John Boyle O'Reilly Memorial Monument - Buffalo Road
John Boyle O’Reilly was one of 62 Irish Political prisoners among 279 convicts who arrived at Fremantle in 1868. He was a member of the Fenian Movement, an organisation dedicated to achieving an independent Irish Republic. O’Reilly escaped from this area whilst working as a member of a convict road crew near Bunbury. He hid in the dense peppermint woodland with the help of a local family. O’Reilly made his escape aboard an American Whaler, the ‘Gazelle’ on 3 March 1869. Before settling in Boston he assisted six Fenian political prisoners in their escape from Fremantle Prison aboard the ‘Catalpa’. He became a well known humanitarian, poet, writer and orator. A granite monument erected to O’Reilly stands at the northern entry to the Leschenault Peninsular Conservation Park.

Following European Settlement the Leschenault Peninsular was mostly used for stock grazing. In 1838, Thomas Little purchased 741.4 hectares on behalf of Charles Prinsep and named the homestead Belvidere in honour of the Prinsep mansion in Calcutta. Little managed the property to raise horses and cattle for the British Indian Army. In the late 1960s and throughout the 1970s, Belvidere became a commune for alternative lifestylers, with up to 14 houses. A granite monument to stand to honour John O Reilly, Irishman, soldier, convict, poet, author and lecturer.

Learn more about the plants and animals of this park as you meander through tuart, peppermint and paperbark trees on the John Boyle O'Reilly Wetland Trail. At the information shelter, discover how the Irish convict John Boyle O'Reilly made his daring escape into the bush here from a ship named the Gazelle in 1869.

8. Australind Pioneer Cemetery - Old Coast Rd - 2.2km (was Mt. Claremont Cemetery)
The historic Australind Pioneer Cemetery is located on Old Coast Road, at the crest of a limestone hill. The first burial took place on the 13th March 1842, that of Dr Anthony French Carpenter, Medical Officer on board the Barque "Parkfield". Dr Carpenter was about thirty at the time of his death. This unfortunate event was a year after the arrival of the first settlers. Others buried here are Marshall Walter Clifton and his wife Elinor along with many of their descendants. A special feature in spring is an abundance of wildflowers of all varieties. 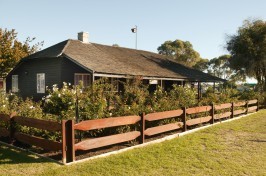 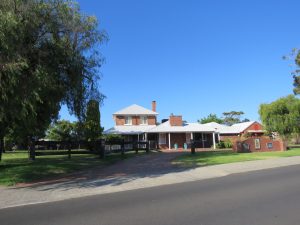 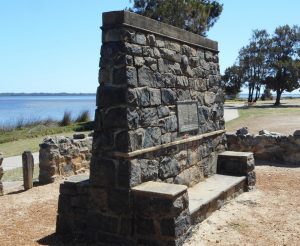 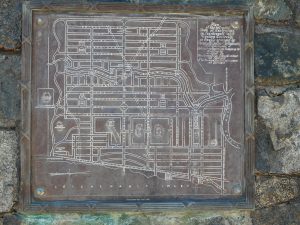 The Trail The reopened trail stretches for over 56 kilometres, reaching from Binningup in the south to…