Located on Weir Road to the east of Harvey, the Harvey Dam is a great place to go canoeing, freshwater fishing or just relax and enjoy the beautiful scenery. Harvey Dam welcomes canoes and kayaks.

Toilets, seating, playground and free BBQs can be found near the weir at Gibb's Pool Amphitheatre.

The Water Corporation has worked with Fisheries WA and Recfishwest to re-establish trout and marron in the reservoir. During the designated seasons, licensed anglers will be able to fish for trout and try their luck for marron. Marron, trout and perch fishing is only permitted in the designated areas at the rear of the dam (in season with permit). The Fishing section on this website will give you more details regarding fishing at this dam.

The original Harvey Weir was part of the first irrigation scheme in WA, and only the sixth public dam developed in the state. In the beginning, the Public Works Department began construction in 1914 and completed the Weir in 1916. About 100 men were employed using horse and dray for all the excavation works. The Weir had a 12-metre high concrete wall and held 512 million gallons of water. In 1931, work began to raise the wall from its original 12 metres to 18 metres, increasing the storage capacity to 2,275 million gallons. In the 1990s, with water supplies under increasing pressure to meet the demands of the population and economic growth, a new dam with six times the capacity of the Harvey Weir was planned. Planned for 2012, the project was bought forward 14 years and implemented in four years instead of the original five-year timeframe.

The new Harvey Dam became part of the $275 million Stirling-Harvey Redevelopment Scheme. This scheme took advantage of a large, high-quality source of water in an area of historically relatively high and reliable rainfall. It delivered a new irrigation dam to the people of Harvey, allowing the Stirling Dam to deliver a 10 per cent boost to the State's water supplies.

Facts about the Dam:

Dog-friendly
No Camping
No Fires
No Firearms
No fuel-powered boats or crafts are allowed on the water
Please take your rubbish home with you. 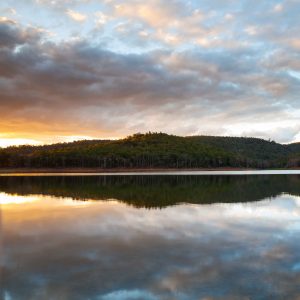 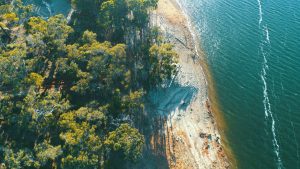 Named after Governor Stirling, the Stirling Dam is a relatively hidden dam set in natural bushland and one of…

Head over to Myalup beach for an amazing day out! Drive your 4WD straight onto the beach and set up for the…